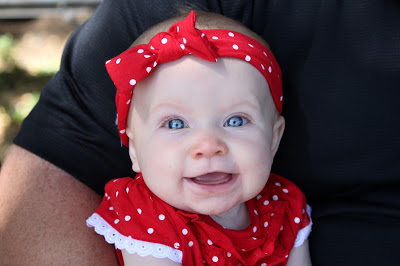 This month started out with Uncle T's graduation from his fire academy. It's been a long time coming so we celebrated all weekend with his friends and our whole family. You were absolutely perfect at the graduation ceremony and just loved all of the attention. You are so happy so long as we are out and about. 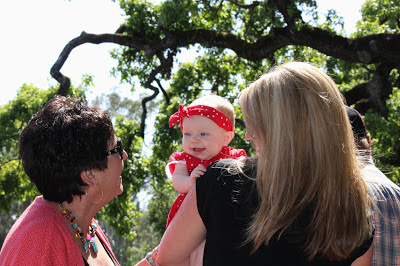 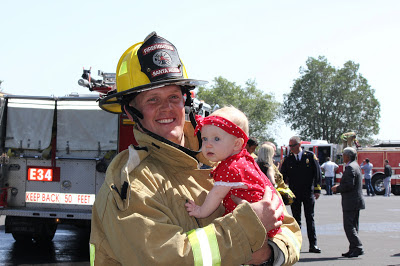 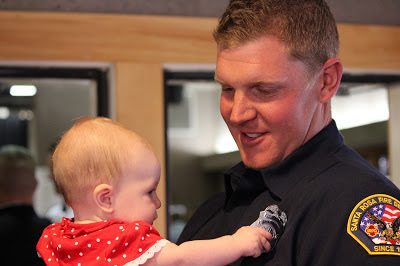 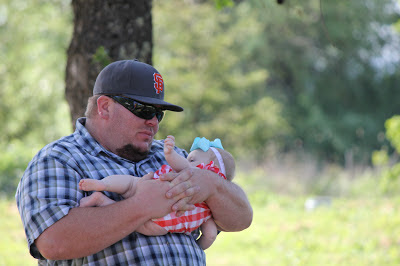 You did NOT want to sleep at the party, so Daddy took you out into the open space and tried to rock you. It did not work. You are a party animal. 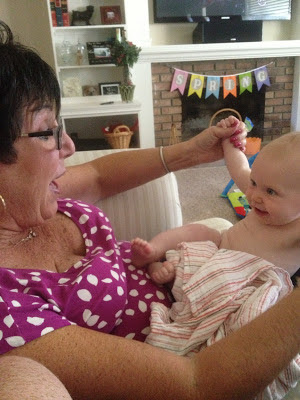 All giggles while Grandma was here to visit that weekend. 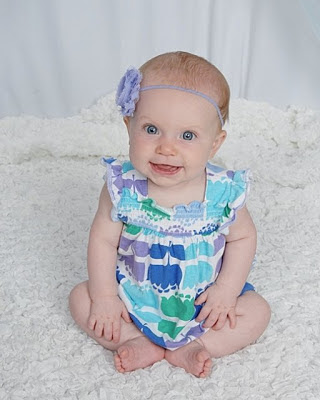 We had portraits taken at 7.5 months so we could give them as Mother's Day gifts to the Grandmas. You are such a sweetie pie in the pictures. 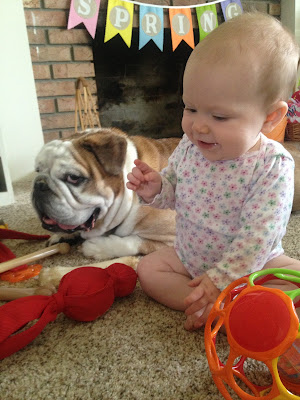 You and Maverick have gotten to know each other better this month. You love to reach out and pet him, tug on his ears and grab his fur. So far, he doesn't seem to mind and is finally coming near you more often. You squeal with delight every single time he enters the room. He also comes into your nursery now and refuses to leave, even when I put you down for a nap. As long as he doesn't wake you, that's ok with me. 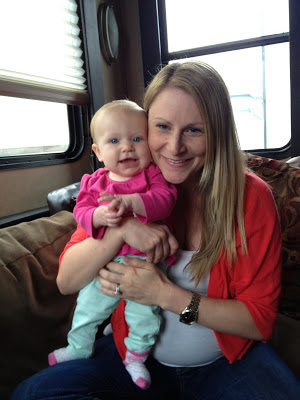 You finally met your Auntie K when she and her husband were in SF as part of a road trip they took in their fancy trailer! We had such a lovely visit and I'm so glad we were able to make a day of it. Your "cousin", baby Q, will be here so soon and I hope we can arrange to see her sooner than later! 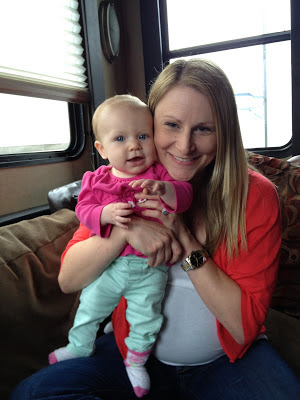 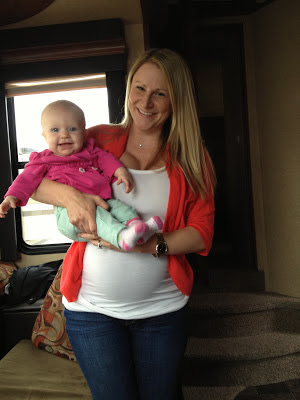 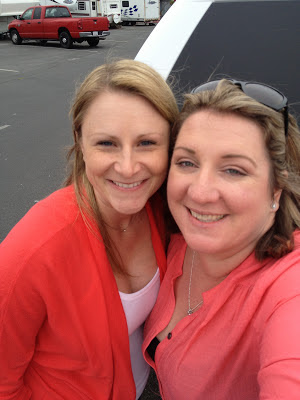 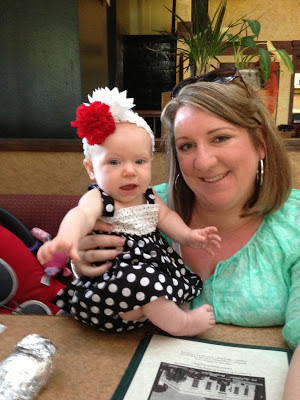 It was our first Mother's Day together. We went to brunch and Daddy took us shopping just the three of us. You were a little off that weekend and we realized later you had a low fever and were not feeling great. Your first little cold! Luckily it only lasted a few days and never got too severe. 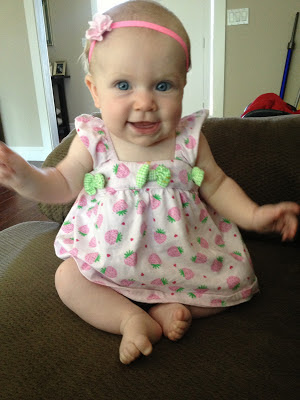 Back to your smiley self. This was a really fun month where we watched your personality blossom. You are not such an infant anymore! 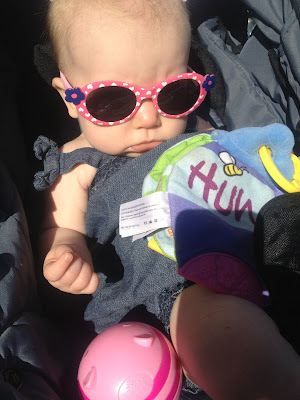 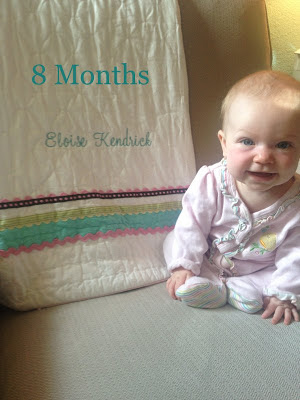 Milestones:  gaining strength in the crawling position and able to scoot backwards, great hand-eye coordination, carrying things, finding things that are out of reach. Loves to be sitting up. Talking more and more, mostly mimicking sounds but no distinguishable words yet.

Eating-  Eating A LOT of food. Sometimes I wonder if it's normal. She is a sweet potato fiend! We eat an entire sweet potato every day. I use the Plum Organic or Happy Baby organic pouches while we are out and about or at nana's house since they are SO easy. She also loves the MumMum snacks.

Nursing has become a lot more relaxed now which has been really nice. She goes 3-4.5 hours between nursing which really takes the pressure off. I was thinking she was going to wean herself sooner than later, but she's still going strong and I'm hopeful we can make the one year goal I set for myself.


Sleep: We really have nap time down now, which is so nice. Her morning nap is the most consistent, as she gets very tired 2 hours after waking up in the morning. She usually goes down for at least 70 minutes, and sometimes 2 hours. Depending on our day she will take one or two more naps for anywhere from 45min to two hours.

nighttime sleep is less consistent. Still going down without a fight, following our bath time routine. Bedtime this month was mostly 7pm, sometimes earlier, sometimes later depending on whether there was a third nap in the afternoon. There was a good two weeks where she slept through to 630/7am but also some times where she would wake up once or twice before 630. The week where she was stuffy was a rough week for nighttime sleep!

Favorite Toys: My Grams always gave kids kitchen supplies to play with while at her house, and they always LOVED it. So I gave E some plastic measuring cups, spoons and other random things and she loves banging them together and handling them. Cheap entertainment for sure!
Posted by Amy@Fiancé Meeting You Here at 12:58 PM