So, I decide to DVR a couple of new shows. The promos for the new Fall programs were pretty intense, no? I gave in and decided to check a couple out.
My favorite so far is Hart of Dixie. Not joking. It's been a while since I've tuned in to the ol' CW, but I have to say I like this fluffy, girly show. I think Rachel Bilson is adorable and the male co-stars aren't too shabby either! And, since I've always wished I were a Southern belle, the setting is right up my alley. I'm going to keep watching for sure. 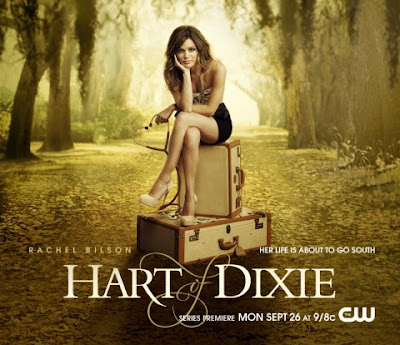 I've also been watching Pan Am. I don't know if it's going to be a keeper. I love the style and the dreamy quality of the cinematography, but the story lines are just ok and the characters aren't that love able. Not sure if it will stay on the DVR. 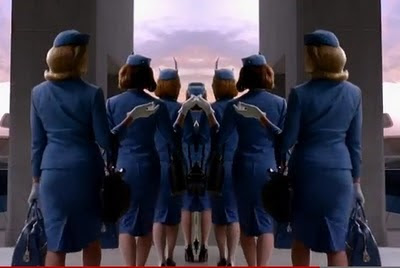 Whitney. They promoted the heck out of this show, so I decided to watch. I haven't watched a show with laughing in the background in years. Like can't even remember the last time I watched an actual sit-com. This show is not good. Sorry. The first two episodes were both involving role-playing because Whitney was self-conscious about whether she and her boyfriend had a strong relationship. I seriously could not believe the second episode was all about role playing just like the first. No thanks! Up all Night. I wasn't sure if I'd be able to watch this one. I was SO looking forward to watching it while being pregnant, so I didn't know if it would be hard to like since I lost Bremy. But, I decided to tune in. I really loved the pilot episode and I think I'll keep watching. I love Christina Applegate, and well, I love that the baby's name is Amy. It just makes me happy. No one names their baby Amy anymore! It's a cute show and it makes me laugh.
I'm still all about my reality shows and right now it's Bev Hills housewives, Rachel Zoe, Project Runway and whatever Teen mom/16 and Pregnant train wreck is running on MTV. Oh, and as previously mentioned, Sister Wives. Love, love! Wow, that's a lot of shows!! And somehow I've managed to squeeze in 2.5 seasons of Mad Men. Where have I been with this show? SO good. So behind, but I love watching it on Netflix so it's all good. Any recs?
Posted by Amy@Fiancé Meeting You Here at 9:55 PM