I will admit that when I first heard of the gender reveal party-I thought it was the cutest idea ever. And then I watched one on video. And I thought, who in the hell would want to come to this party other than our parents and maybe like two curious friends? Do you bring a gift? Do you make your husband wear pink of blue? It all started to just seem strange and even a little narcissistic.... 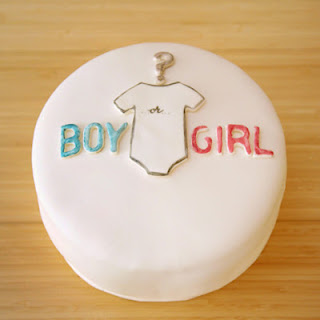 These parties now seem really popular, although I've never personally been invited to one.

I had a conversation about them with a friend and we were both laughing at how cute we initially thought they were, until we realized how odd it would be in reality. Then she sent me this article, and I laughed...a lot!

What do you think? Honestly, if you had one or have been to one and it was great more power to you. I think the idea is super cute. I just can't imagine it for myself.
Posted by Amy@Fiancé Meeting You Here at 7:06 PM