It feels really good to see the nursery progressing. Back when I was pregnant with Bremy, I had some inspiration for a bright, crisp nursery that was girly, but not in a typical way. The colors scheme was inspired by this onesie.

I instantly saw aqua walls with lots of white furniture and colorful accessories that would pop.

I contemplated a different route for this baby, but nothing could compare to my original vision, and since I'd never actually gotten to work on Bremy's room, no one would be the wiser that this was a recycled idea.

Since we lost Bremy, it seems the aqua nursery has really taken off. It's no wonder as it's a really easy color to build upon and much less expected than a pink or blue. While I was initially disappointed that my so called original idea was now amongst the masses, I did love pinning away and finding oodles of inspirational pictures and ideas for this girls' room. This one has always been a favorite... 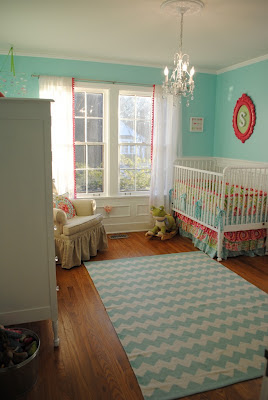 Another must-have that did not change between pregnancies, was my obsession with the white jenny lind crib. It's here. Just waiting to be assembled. And I can't wait as it's the perfect vintage touch for this more modern color scheme. 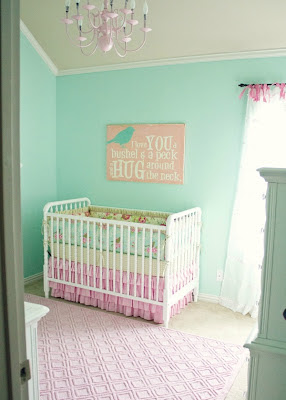 source
We also moved between pregnancies and had the opportunity to remodel the house we moved to. There are beautiful crown moldings throughout the house and the windows and doors are encased in beautiful white trim. It really finishes the room. I'd love to add some board and batten or wainscoting to baby girl's room but it's just not in the cards. 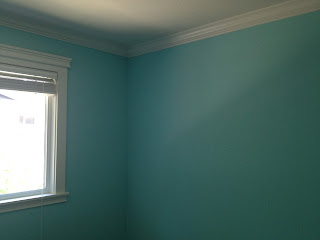 To continue with the white, B's mom is having a vintage dresser refurbished and painted white. We'll be using it as a changer also, as we don't have much space to work with.

I'm planning on framing some prints from etsy to add some pops of color, and also hope to DIY this...tutorial found here 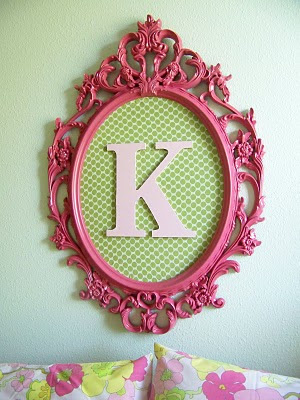 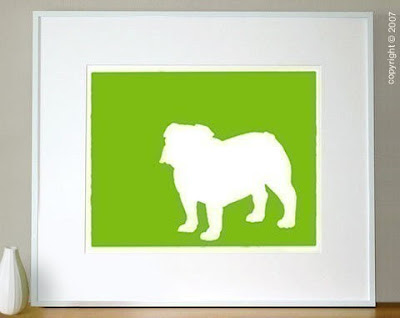 Last week we finally pulled the trigger and purchased the glider. B met me at buybuybaby and we tested them out. I had originally wanted the remote controlled recliner, as it was a smaller chair and would fit nicely in our smaller room, but B found it to be really uncomfortable, and I realized he was right. It really wasn't that comfy. So we did a bigger recliner. It's the tryp from Best Chairs and it's really comfy, but it is really large. I'm worried it's going to dwarf the room. We ended up going with a tan fabric, so that we could possibly use it in our family room later on. I had originally wanted green, but decided to play it safe. We saved some money with a coupon and I was out of the store in no time (this was a huge outing for me as I'm not supposed to be running errands or on of my feet). I already feel guilty for spending so much $ on a chair, but I've been reassured by several friends that it is a great investment and will be worth it for sure. 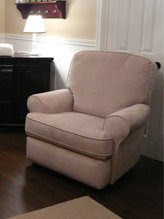 Here is a picture of the tryp chair. I think our tan fabric will be just about this color. 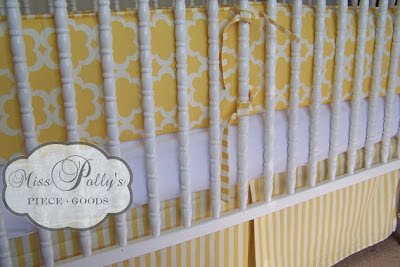 The real guilt is coming with the crib bedding. I found this etsy seller and fell in love with her work. I also fell in love with the simplicity of this yellow set (in different colors of course) and tried to mimic it by finding store bought pieces. But it's not happening. So I've been in communication with this shop and she's helped me find some fabrics that will work. After splurging on the glider, I'm struggling with this purchase, despite the fact that she's really reasonably priced. I know the nursery is exciting and is a great outlet to keep me busy, but the reality is we could get by with much simpler stuff. So I'm still looking and hoping I'll find something more budget friendly.

I can't wait to see all of these ideas come together!
Posted by Amy@Fiancé Meeting You Here at 10:07 AM