I've been meaning to officially invite my girls to be bridesmaids for months. While I did ask my MOH to be my maid of honor the night we were engaged, I had been waiting to ask my other bms until I could think of a great way to do it! With five bms in 4 different cities, I knew I'd have to mail something to them. I took my time and came up with a sweet little bag of goodies for my favorite ladies! 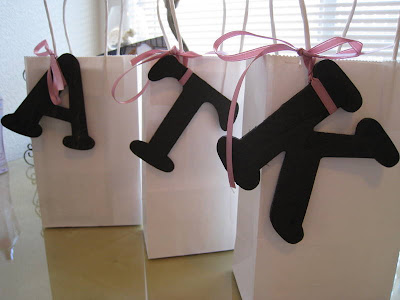 These are three of the bags all ready to go. "T" was up in norcal for a family visit this weekend so I sent her down south with two other bm bags so I wouldn't have to deal with shipping these bad boys. 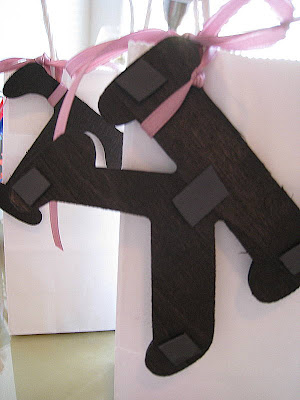 I decided to turn the letters into magnets. I bought the unfinished wood at JoAnn's, stained them with a walnut finish, then tied them to the bag with a thin mauve ribbon. 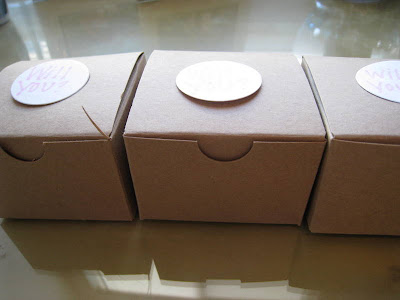 I was going for a proposal theme. I found these small boxes at Michael's for 50cents. I wrote on a white circle, "Will you" and fastened it with a sticky zot. 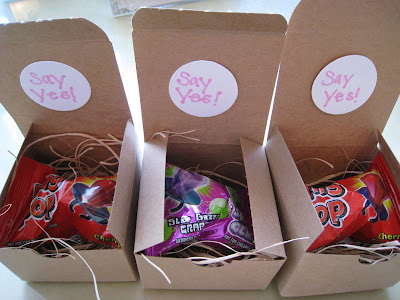 The "ring" was a ring pop of course, nestled on some curly raffia I picked up at Big Lots. The white circle inside says: "say yes!" 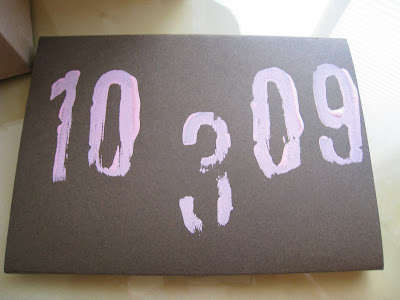 This brown accordian envelope was from Martha's line at Michael's. It holds five photos in 4x6 slots. I stamped our date on the outside with stamps I found at Tuesday Morning. I had the paint on hand. I has hoping it would come out less solid, but I think it still has the messy look I was going for. 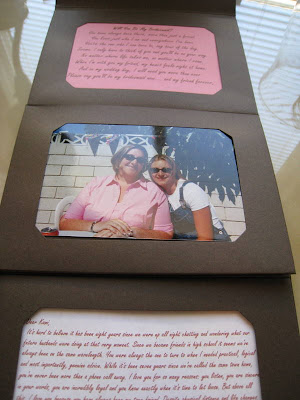 Inside the accordian envelope was my bridesmaid poem, three pictures (one from high school, one from college and one more recent). The bottom slot was a personal note I wrote to each bm. They turned out all mushy and sweet. It was nice to get to say some really meaningful things. It's been a while since I've told them how much they mean to me! 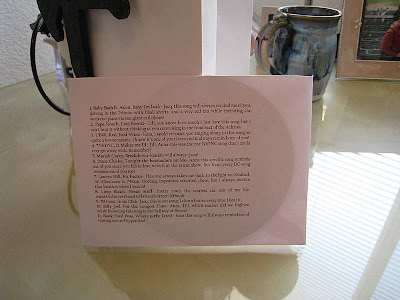 Inside the bag was a mix CD that I threw together. As you can see I didn't have any CD cases on hand so I printed the list of songs, along with an explanation of who it reminds me of on an envelope. I warned them that these are not the best songs in the world, but whenever I hear any of them it takes me back to a very specific memory of one of my girls!
I also included a notepad from the dollar bin at Michaels. I wrote out my Googlegroup site where I hope to be able to keep in touch with them regarding wedding business.